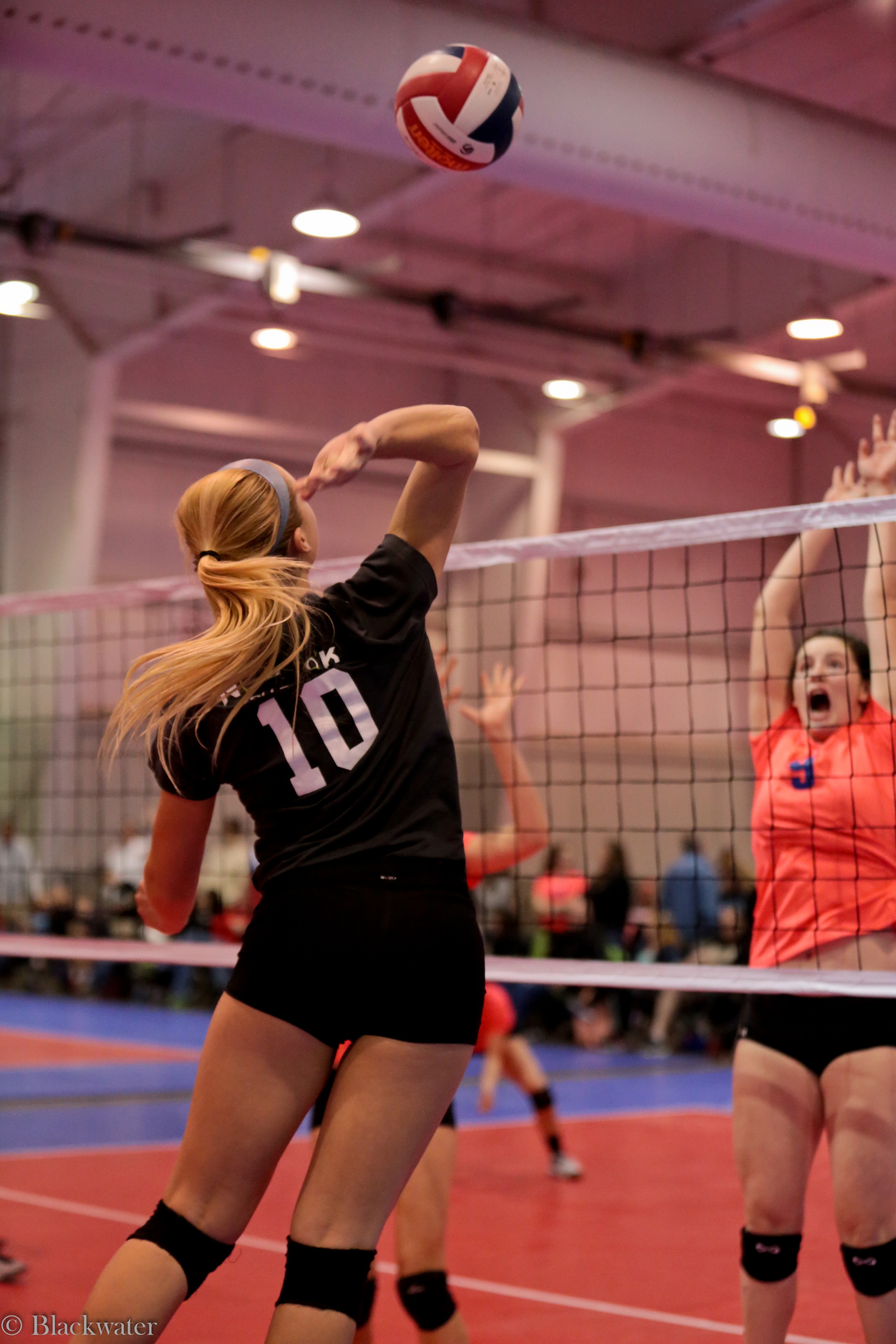 On January 2, 2016 Sammy Freese was excited about a new year full of possibilities. As a junior in high school, she was looking forward to volleyball season with the Nook Volleyball Academy and the potential to earn an offer to play in college. In a difficult match against Coastal 18 Blue, Sammy felt pain in her right knee. Although her coach encouraged her not to play until she saw a doctor, Sammy didn’t anticipate the magnitude of her injury until she heard the words “your ACL is torn.”

“I spent most practices working on homework or reading. I worked my hardest at physical therapy and continued to attend practice at The Nook. [Coach] Libby surprised me by putting me in to serve the tournament’s winning point, which meant more to me than the medal I wore after the match,” Sammy recalled.

One of the worst things that could happen to a student athlete taught Sammy a lot about herself. “This experience brought me closer to my friends, and I learned it’s okay to rely on them for emotional support.”

One teammate and friend made her a blanket full of photos of her and each of her teammates. Her team had written notes of encouragement all over the blanket. “It was the greatest gift I have ever received,” Sammy said.

Sammy’s ACL tear and the support she received gave her a higher level of confidence. Sammy also says it helped her set higher expectations for herself.

Now that Sammy is a senior in high school, she is excited to graduate and close an exciting chapter in her life. As she gears up for volleyball season, her main goal is to be cleared by her doctor to play. “I’m working on getting in better shape and enjoying the time I have with friends,” Sammy explained, “This year started out pretty rough, but has turned into the best year of my life. I cannot wait to see what the rest has in store.”