Young Baseball Players from Canada Train at the Nook 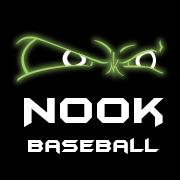 Fourteen young baseball players travel from Montreal twice a year to visit Spooky Nook Sports and train specifically with Steffy. When we asked them why, they said, “Cause he’s the best!”

These young athletes and their parents make a nine-hour drive to The Nook each time they visit. They range in age from 12 to 16 years old. They train together at home in Canada but do not play on the same baseball teams during their season.

When they visit, they stay in Lancaster County, soak up the Amish culture, and venture to Hershey if they have time. During their visit this March they were able to meet a Canadian Football League (CFL) player from their hometown, Bear Woods. Woods is a linebacker for the Montreal Alouettes. They also met two other NFL athletes – Matt Lengel from the Cincinnati Bengals and Chas Alexich from the Carolina Panthers. Alexich recently traveled with the Panthers to SuperBowl 50.

This is the fourth time the Canadian athletes visited The Nook to train with Steffy. For one mother, this was her child’s third time visiting the facility and training with Steffy. She said her son was really looking forward to attending so they didn’t think twice about making the trip to the United States this year.

A typical practice begins with Steffy’s words of encouragement to the young players. He shares stories of perseverance as well as other motivational anecdotes. Steffy said, “If you get cut from a team, find out why. Don’t give up. Don’t let anyone tell you that you can’t do something.”

After the brief talk, Steffy puts the athletes through a comprehensive warmup. Steffy directs the athletes in several different exercises to activate all of their muscles before their intense session.

Steffy takes pride in training baseball athletes of all ages and ultimately loves what he does each and every day. “I like to see people succeed and I enjoy being able to teach athletes skills that they weren’t able to do before,” said Steffy.

Many of the parents shared similar sentiments about Steffy, Spooky Nook Sports, and the training program. One parent said, “The way he approaches training is very impressive. He tells them why he’s doing something. It’s more than physical; it’s the thinking behind the game. He has a different point of view and a different, fantastic way of training.”

Parents are especially impressed that Steffy is able to deliver excellent training in English despite that most of the athletes speak French. They said, “He’s able to grab their attention and gets the message across even with the language barrier.”

Steffy has noticed widespread growth from the young athletes even in their short time here. “I’ve seen great improvement from them over the past two years. They take what they learn back to Canada with them and continue to practice and train hard,” said Steffy.

He is also very impressed by the way the athletes train and approach training. “They’re eager to learn and want to learn. They also want to become better and that makes coaching worthwhile,” said Steffy.

The Nook and Coach Steffy look forward to their next visit and wish them the best of luck with baseball and anything else they pursue!