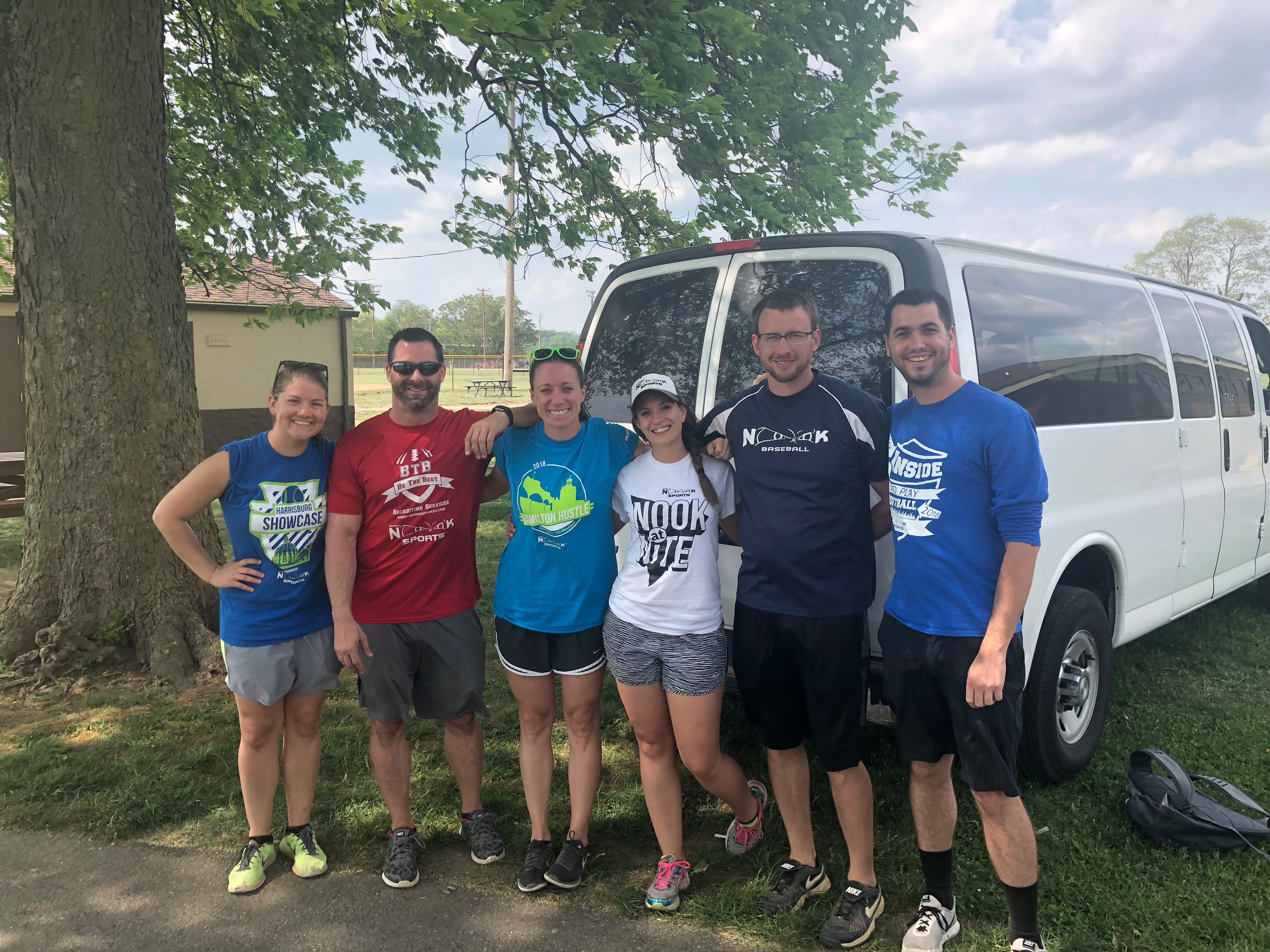 We arrived at the Courtyard by Marriott Hamilton on Thursday, March 10th around 6:00pm. After dropping our stuff off inside, Christina, Staci, and myself went to Municipal Brew Works – our beer contributor for the tournament – to meet with its owner, Jim. Jim explained to us how the beer trailer works, the history and origins of the building and their company, and how the distributor vs. brewer laws in Ohio impacts the industry.

After wrapping things up at Municipal, the three of us walked a few blocks down the road to Basil 1791, an Asian cuisine restaurant, to join Jim, Kyle, David, and Spooky Nook Owner, Sam Beiler, for dinner. After a few plates of delicious sushi, lo mein, and stir fry vegetables, we headed back to the hotel to rest up for the eventful weekend ahead.

Friday was a full-blown day of preparation. We started the morning by meeting Lauren, Jordan, and Stacey from the City of Hamilton at the fields where the tournament was going to be held. Additionally, we met Audrey, Rob, and Jerry from the Hamilton Parks Conservancy. They walked us around the fields, helped us set up some of our materials, and we talked through how the whole tournament would operate.

For lunch, we stopped by Gina's Italian Kitchen & Tavern. Staci had coordinated with Gina that they were going to provide menus to stuff into a goodie bag for each team, so we took the opportunity to test out some of their food for ourselves. (Spoiler alert: it was awesome.)

Right next door to Gina’s is The Fig Tree Florist & Gifts. We purchased 200 carnations from them to give out to each player at the tournament on Sunday for Mother’s Day. We stopped in to ask what time we could pick them up the next day so we could coordinate it with the game schedule. They graciously, and without hesitation, offered to have them delivered to the fields the next morning.

Friday night, we held a free clinic from 6:00pm – 8:00pm at the field for softball players in the 10U, 12U, and 14U age groups. Jim started the clinic off with some cardio and conditioning. From that point, the girls moved through a series of hitting and fielding stations.

After months of planning and coordination, the first day of the tournament had finally arrived. Saturday and Sunday of that weekend were packed with games. With the champions of each division being crowned in the mid-afternoon on Sunday, the Hamilton Hustle went off without a hitch.

We would like to thank every single sponsor, vendor, and volunteer that made this tournament possible. Also, we will have a fall softball tournament on Columbus Day weekend for 10U, 12U, and 14U again.

If you'd like to stay up to date on all things Spooky Nook Sports, including the Columbus Day Tournament, subscribe to our blog:

Thanks to everyone who made it possible:

Thanks to all the teams that participated: